Simply fill out this form and we’ll have a member of our team reach out to you right away!

Thanks! You'll be hearing from us soon!
Oops! Something went wrong while submitting the form.

Surprise! One of your doctors was out of network 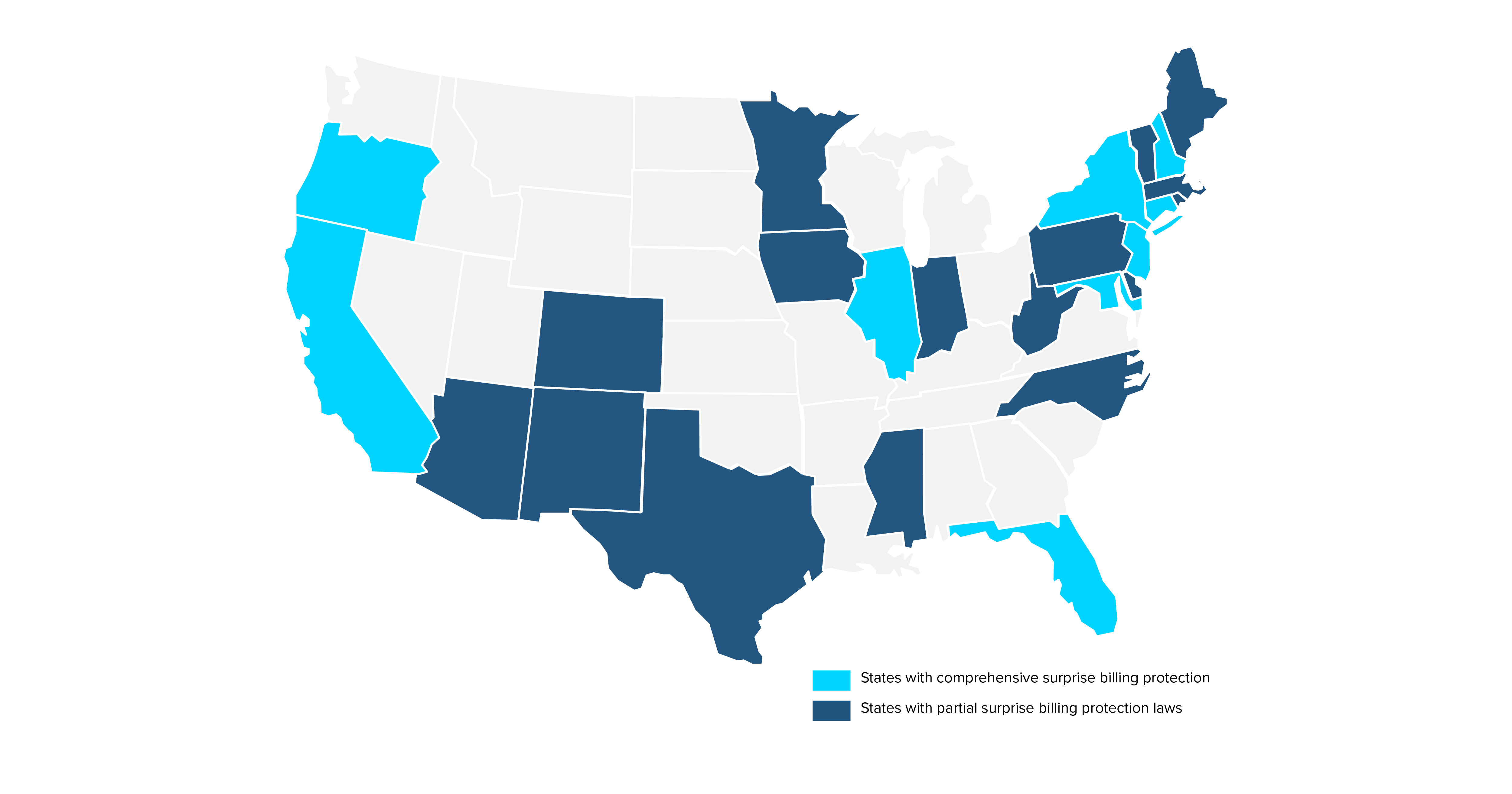 Surprise medical bills affect more Americans than you might expect and privately insured patients who receive surprise bills usually owe $2,011 more than the average balance due to their insurance company ($1,800). According to the Journal of the American Medical Association one in five Americans who receive an elective surgery also receive an unexpected medical bill. When it comes to elective surgeries, the patient usually chooses an in-network facility and doctor who is covered by their insurance. The issue is that they can rarely choose the other providers involved such as anesthesiologists, assistants, pathologists, etc. This is where the issue of transparency and balance billing comes in.

So why does balance billing happen?

There are two main reasons balance bills occur. The first being that an enrollee receives emergency care either at an out-of-network facility or from an out-of-network provider. The second is when an enrollee receives elective non-emergent care at an in-network facility but is unwittingly treated by an out-of-network provider. Many states have implemented laws protecting consumers from balance billing, but the laws can be quite complex, so it is important to understand how the laws are setup in each state. The Commonwealth Fund has an interactive map with comprehensive information regarding balance billing protections in each U.S. state.  Some states have considerable protections for consumers, but 20 states have no protections at all.

How are providers allowed to balance bill patients who receive care at an in-network facility?

Well the answer comes from the fact that providers can choose which insurance they accept, while some accept no insurance at all. This allows the providers to charge patients basically whatever they want for a service and since the providers don’t have a contract with the insurance company, they don’t have to accept the insurance payment as payment in full. Patients will often receive a bill from a physician group, or third party separate from the facility. If you are electing to have a surgery or procedure the best thing you can do is to double and triple check that all providers involved are covered by your insurance otherwise you could end up with a catastrophic surprise bill.

How Athos Health protects its members from balance billing

Florida has what is considered a comprehensive and progressive balance billing law, but it does not mean that it is impossible to receive a surprise bill. Athos recently dealt with a flaw in the States bill which is said to prohibit “an out-of-network provider from balance billing members of a preferred provider organization (PPO) or an exclusive provider organization (EPO) for covered emergency services or covered nonemergency services. The bill establishes a payment process for insurers to provide reimbursement for such out-of-network services.”

One of our members ended up having an unexpected medical emergency and went to the nearest in-network hospital to receive care. The member was then rushed into surgery with no option to see if the doctors were in-network, which they were not, and this incurred a surprise bill of $55,000 patient responsibility in a State where balance billing is illegal. The issue and reason the surgeon and surgeon’s assistant could balance bill the patient was for a few reasons. They were billing as a third party and the state’s law (CS/CS/CS/HB 221 — Health Care Services) prohibits balance billing only if the patient’s insurance plan is based in Florida. In the members case, they were insured by their employer, but the employer’s plan was based out of another state. In this case HB 221 does not protect the lifelong Florida resident and the providers could balance bill.

This is a classic example of how complex and fragmented the healthcare system can be in the U.S. Even though the member was a resident of Florida and choose an in-network emergency room they were still stuck with a massive surprise medical bill. Luckily, the member had the benefit of healthcare advocacy through Athos and was able to gain assistance in navigating the complexities of balance billing and the associate protection laws.

Thank you! Your submission has been received!
Oops! Something went wrong while submitting the form.